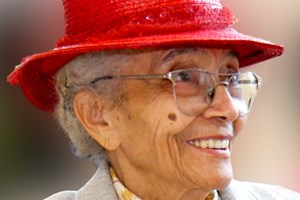 When she died in July of 2017 at age 104, Judge Jean Murrell Capers was the oldest living retired judge in Ohio. She had only recently retired from practicing law in 2011.

If that’s not impressive enough, Judge Capers had a resume most attorneys dream about.

In 1949, Judge Capers became the first African-American woman elected to Cleveland City Council. Throughout her years she worked in Cleveland’s prosecutor’s office, served as an assistant state attorney general, and in 1977, at age 62, was appointed a Cleveland Municipal Court judge. She won election to a full term, but left the bench in 1986 because of Ohio’s age restriction for judges.

Judge Capers grew up knowing the importance of education. Both her parents graduated college from State Normal School for Colored Persons in Kentucky and became teachers.

Her family moved from Kentucky to Cleveland, Ohio, in 1919, when she was just 6 years old.

Judge Capers said it wasn’t because of racial tensions or better job opportunities, but because her father wanted her and her four siblings to get the benefit of an integrated education.

“He knew our competition wasn’t going to be with other Negro students but rather with whites as well.” Judge Capers said. “We were very proud of having the opportunity for an education.”

Judge Capers used the opportunity and graduated from Western Reserve University, now known as Case Western Reserve, in 1932 with a degree in education.

She taught for five years, first at an elementary school and then as the health and physical education teacher at a local high school.

Judge Capers felt she could help her community more with law so she earned her degree from Cleveland Law School, now known as Cleveland-Marshall College of Law in 1945.

The school honored Judge Capers with an honorary doctor of laws degree in May 2009.

Judge Capers said she had the best profession in the world as a private practice attorney.

“It’s your mind against another person’s mind. Not because of the color of your skin but what you’ve got under the skin that counts,” Judge Capers said.

Judge Capers said it was harder to be a woman than an African-American while practicing law. She said the prejudices were there, but she gave every judge a fair chance.

“Even though I knew a judge was prejudiced, that didn’t bother me going in front of him because I had to give him a chance to see if he’s fair, because if he’s not fair, he’s just not a good judge because if you’re not fair I don’t have a chance,” Judge Capers said. “Now when you are fair, even though you are against me, I know that’s because this is what you believe. This is coming from you as far as what you represent.”

Judge Capers said she made sure she was fair when she became a judge.

“The Bible and the Constitution, that’s what I live by, then I don’t have to equivocate one way or another. This is what I believe in,” Judge Capers said.

“A Judge is the most important person in the whole community because he’s deciding the affairs of his fellow man. That’s the highest honor that you can be given for your fellow man to give you the opportunity to decide about him,” Judge Capers said. “That’s powerful.”

She said a few things have changed since she started her practice more than 65 years ago.

“When I was studying law and practicing law, a man’s word was his bond. A handshake – I give you my word. That’s all you had to get. And I look at the Supreme Court when they are disbarring a lawyer for not keeping his word,” Judge Capers said.

Judge Capers kept her word to her parents – education and educating. She used that philosophy and didn’t let anything stop her from living her dreams 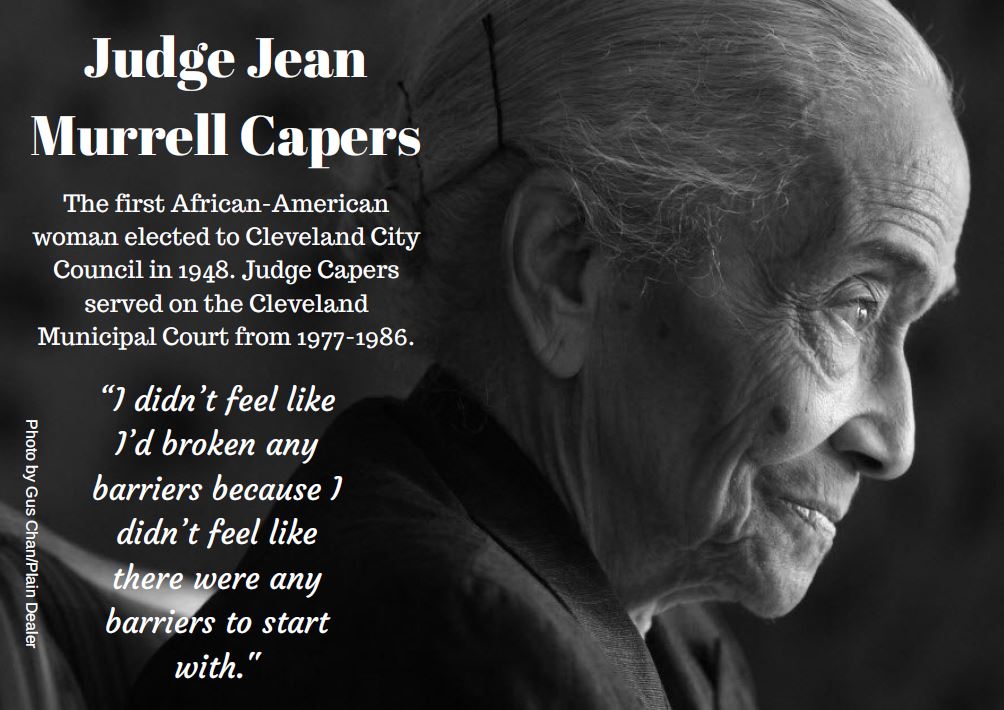