Born in Bessemer, Alabama, in 1947, Oliver was the fourth of ten children born to the Reverend Solomon and Willie Lee Oliver. He received a Bachelor of Arts degree from College of Wooster in 1969 and a Juris Doctor from New York University School of Law in 1972. He earned a Master of Arts from Case Western Reserve University in 1974. From 1972 to 1975, he was an assistant professor at the College of Wooster then clerked for Judge William H. Hastie of the United States Court of Appeals for the Third Circuit from 1975 to 1976.

Immediately following his clerkship, he worked as an Assistant United States Attorney for the Northern District of Ohio, becoming the chief of the Civil Division in 1978. In 1982, he was named the chief of the Appellate Division.

In 1982, Judge Oliver joined the faculty of Cleveland-Marshall College of Law where he served as a professor until 1994.  He also served as Associate Dean of Faculty from 1991 to 1994.

On March 9, 1994, President Bill Clinton nominated Oliver to a seat on the United States District Court for the Northern District of Ohio. He was recommended by Senators John Glenn and Howard Metzenbaum to fill the seat vacated by Alice M. Batchelder. Oliver was confirmed by the United States Senate on May 6, 1994, and received his commission on May 9, 1994. Oliver served as Chief Judge of the court from 2010-2017.

In the Winter 2010 issue of the Wooster magazine, Judge Oliver commented on the robe he would wear as a judge. It wasn’t a judge’s robe, but a minister’s robe, worn by his uncle. Judge Oliver told the magazine, “I am grounded by my family. I have a responsibility to stay true to my heritage and the values that I learned.”

“I don’t think of a judge as being who I am. It’s what I do. If people I respect believed I saw myself as being a better human being with higher status because I was a judge that would be upsetting to me. I’d be very disappointed and upset with myself,” Judge Oliver continued. “My whole approach involves remembering who I am, where I came from, and the values that I learned from my parents, and carrying those forward in everything I do.” 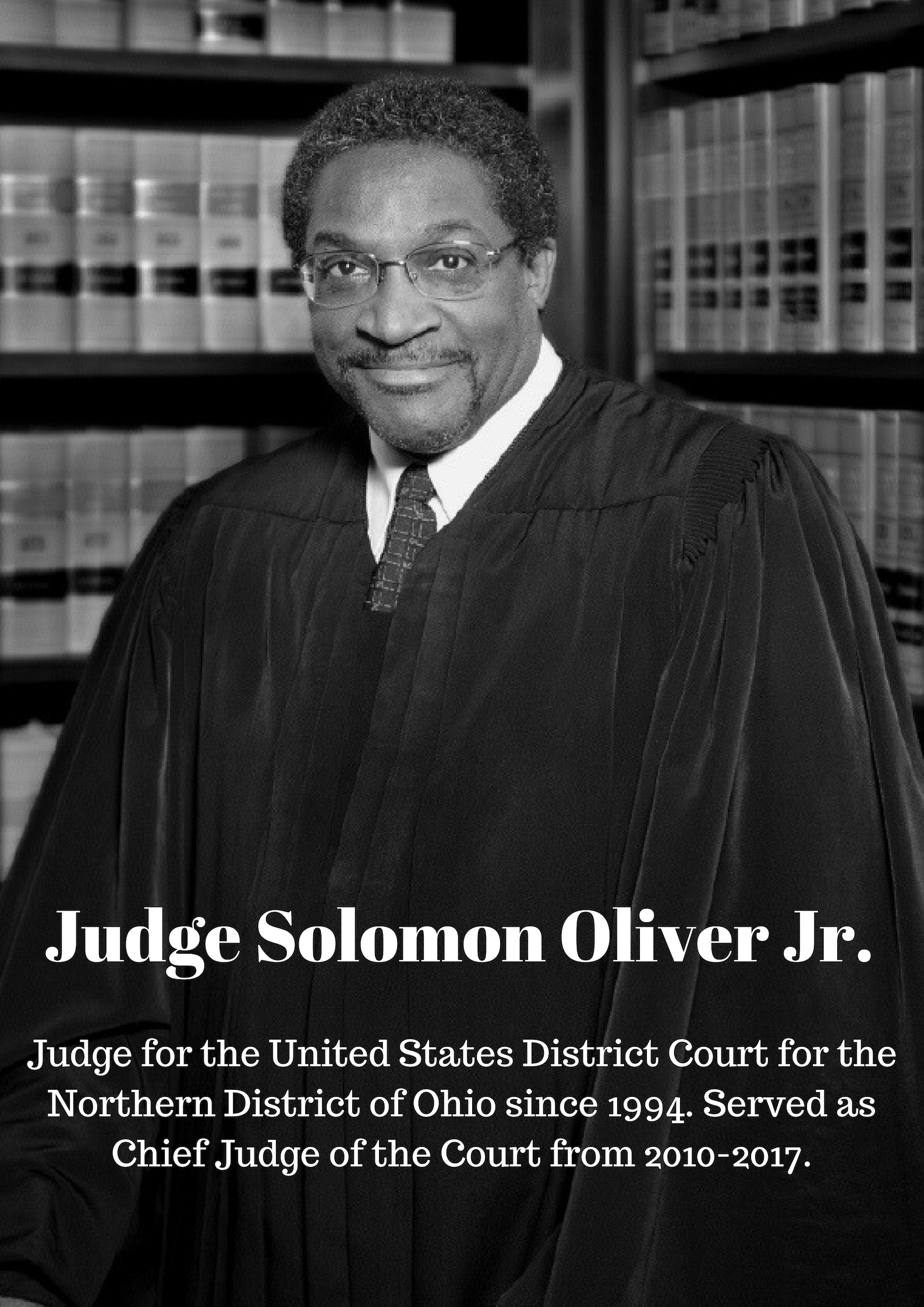