When Stephanie Tubbs Jones was sworn-in as a Cuyahoga County Common Pleas Court Judge in 1983, she was already well into a career that would define her as a trail-blazer and role model.

Born in Cleveland in 1949, Stephanie Tubbs graduated from Collinwood High School and then earned an undergraduate degree in social work from Case Western Reserve University.  In 1974, she graduated from the Case Western Reserve University School of Law. In 1976, Stephanie Tubbs married Mervyn Jones. They were married for 27 years before Mervyn's death in 2003.

In 1981, Stephanie Tubbs Jones was elected as a Judge for the first time and served in the Cleveland Municipal Court. Just two years later, she began a 13-year career as a Common Pleas Court Judge in Cuyahoga County. Tubbs Jones was the first African-American woman to serve on that Bench.

Judges in the Cuyahoga County Common Pleas Court share a central office, and her "suite-mate" was Judge Carolyn Friedland, who retired in January of 2019. We asked Judge Friedland for her memories of Judge Tubbs Jones (see below).

Tubbs Jones' career as a trail-blazer continued in 1999 when she was elected to the U.S. House of Representatives from the 11th District of Ohio when Louis Stokes retired. The first African-American woman from Ohio to serve in Congress, Tubbs Jones was re-elected four times and was eventually named Chairwoman of the House Committee on Standards of Official Conduct. She also served on the powerful House Ways and Means Committee.

On August 20, 2008, Stephanie Tubbs Jones passed away at the age of 58 after suffering from a brain aneurysm the previous day.  Among the speakers at her memorial service was Presidential candidate Barack Obama.

Since her death, many dedications have been made to her life in Cleveland.

In 2010, RTA dedicated the Stephanie Tubbs Jones Transit Center Prospect Ave. in her name and commissioned a steel and granite sculpture of the Congresswoman by local artist Michael Murphy.

While many people remember the amazing accomplishments of Stephanie Tubbs Jones, even more remember her for her warm smile and infectious laughter. She was, and remains, a role model for everyone who follows in her footsteps. 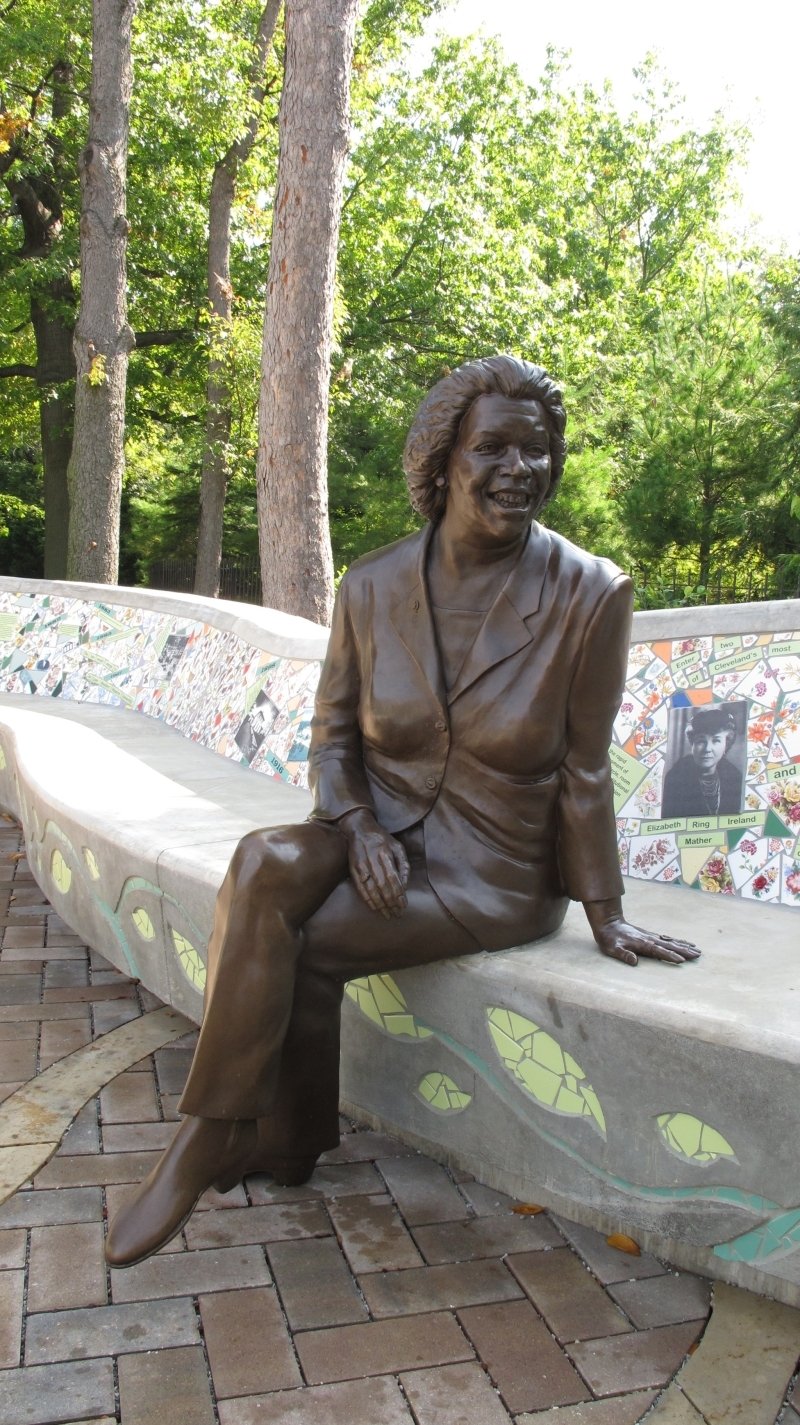 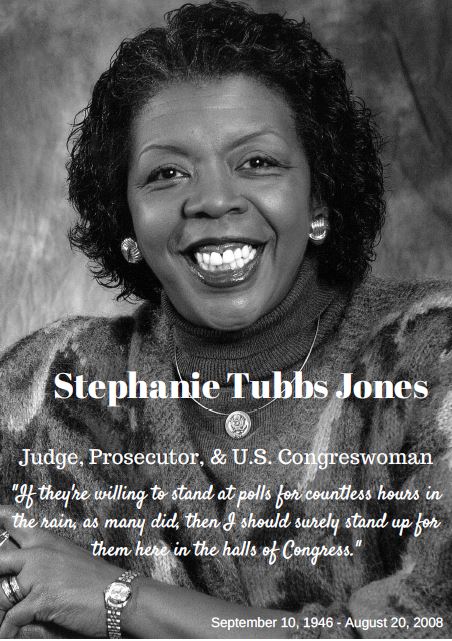