Judge Bell will complete the six-year term formerly held by Judge Michael Donnelly, who joined the Ohio Supreme Court as a Justice in January of 2019. Judge Bell was given the oath of office by Administrative and Presiding Judge Brendan J. Sheehan.

Judge Bell replaces Judge Wanda Jones, who was appointed to Justice Donnelly’s seat in 2019 by Governor Michael DeWine. Judge Bell’s term expires at the end of 2023.

Judge Bell resides in Solon and is a graduate of Kent State University and the Cleveland-Marshall College of Law. He was admitted to the Bar in 1989. Most recently, Judge Bell was the Special Investigations Division Chief for the Cuyahoga County Prosecutor’s Office.

Judge Bell will be in courtroom 18-A. 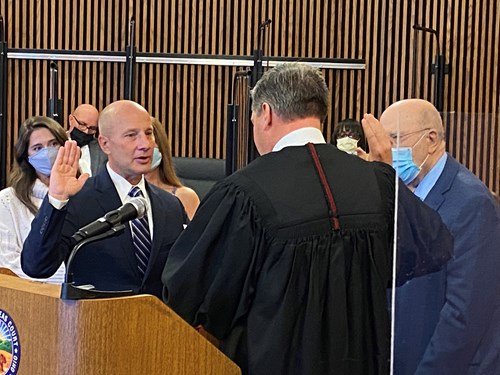