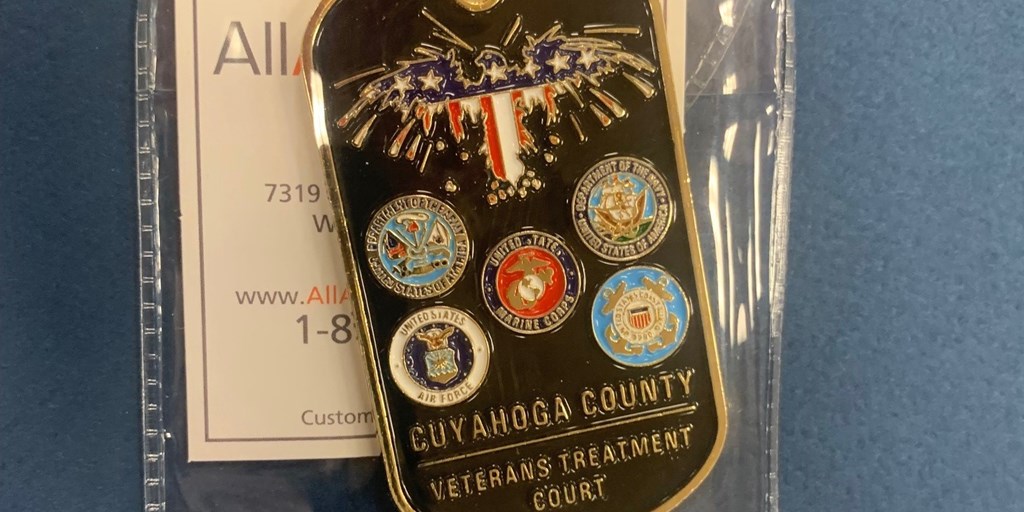 Seven former members of our Armed Services graduated from the Cuyahoga County Common Plea Veterans Treatment Court (VTC) on Tuesday, March 8, 2022. Three of the graduates had their cases expunged.

“It's an honor to be able to help these men and women who have served our nation,” says VTC Presiding Judge John J. Russo. “Graduation speaks to the obstacles they have overcome to resolve these cases.”

Judge Russo presided over the ceremony, offering the welcome and opening remarks. A highlight of the program is always the presentation of Challenge Coins and certificates, as well as remarks by the Graduates. 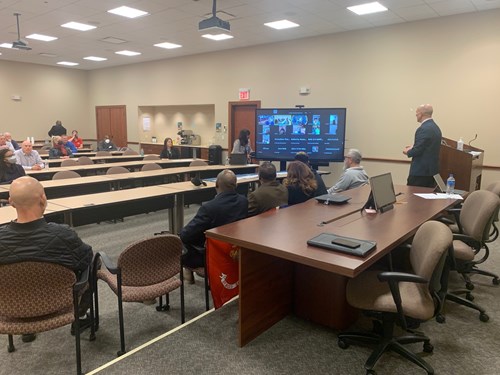 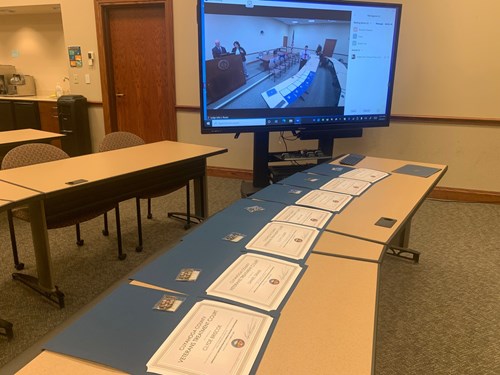