Cleveland:  When inmates are released from prison, they often with little more than the clothes on their backs and a few personal items.

An organization called Planet Aid collaborates with the Ohio Department of Rehabilitation and Corrections (ODRC) collecting clothing that is distributed to men and women when they are released from prison and head home. The Cuyahoga County Common Pleas Court has collection bins to benefit the Grafton Correctional Facility as part of the “Go Home 2 Stay Home” program.

Court employees and their families have donated men’s casual pants and jeans, casual shirts and t-shirts, men’s socks, as well as shoes and work boots. Women and children’s clothing are also being accepted. During the first pick-up of clothes on September 30, more than two full bins were donated.

“This is wonderful,” Kim Lipfird of Planet Aid told the Court when the clothing was picked up. “There is such a need for this clothing and we could not be more grateful.”

The collection bins are built by inmates at Grafton. It is community work service approved by their Judges to help them work off fines, fees, and costs.  Planet Aid, which is a 501(c)3 nonprofit, takes the clothing to the Grafton Correctional Institution to ensure the items are provided to inmates when they are released. 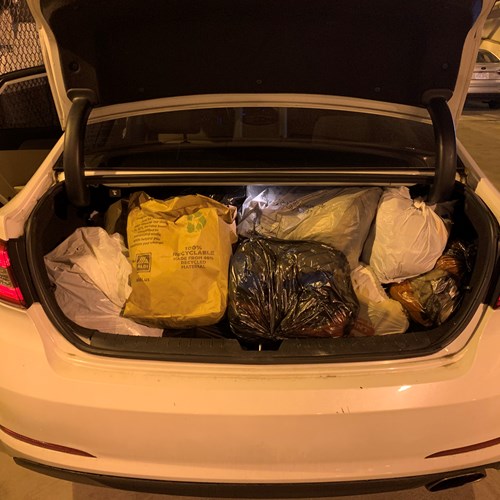