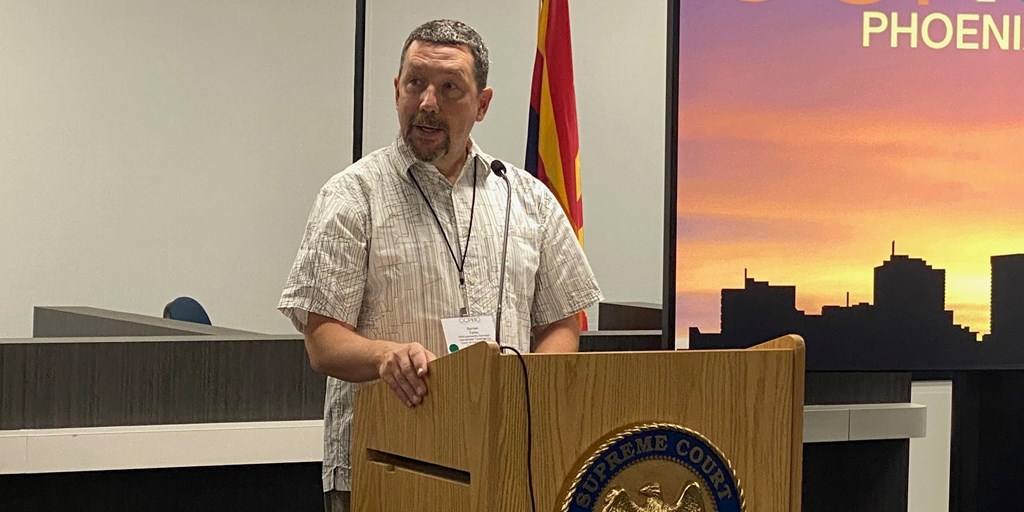 More than 85 Court PIOs from across the nation and Canada attended the three-day gathering, which was held at the Arizona Supreme Court’s Education Center. Opening remarks were given by Arizona Chief Justice Robert Brutinel. Other speakers included Chief Judge Lawrence King of the Colorado River Indian Tribes in Arizona and Susan Goldberg, former editor of the Cleveland Plain Dealer and National Geographic Magazine. More than 15 education panels were presented over three days.

“Being president of CCPIO is such a great honor,” says Toms. “Being together again with my colleagues after three years was very special. To say we had a lot to discuss about the past few years of court communications would be an understatement.”

PIOs serve as liaisons between the judiciary and the public, and they can be found at all levels of the justice system, including the trial courts, appellate courts, and administrative offices of the courts.  Although duties can vary considerably among states and court jurisdictions, a court PIO is generally responsible for media and public relations, community outreach, education, and publications.

A special guest at the annual meeting was Aziz Abidov of the Supreme Court of Uzbekistan, Tashkent. Abidov is the current head of the Office of Public Relations and Media, and has been working in the judicial system of Uzbekistan since 2004. Annual meeting attendees also had a Zoom update by two members of a Ukrainian delegation that attended the last in-person meeting in Cleveland in 2019. Despite the war, the courts in Ukraine remain in operation. 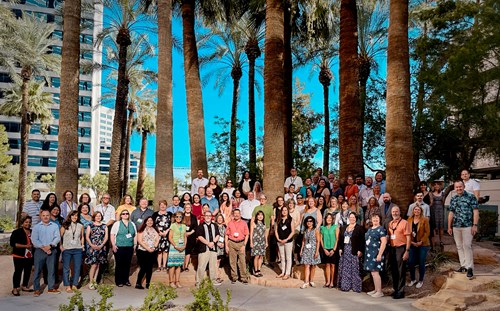