Columbus: Judge David T. Matia was named “Outstanding Jurist” by the Ohio Association for Justice (OAJ) at their annual convention in Columbus.

Judge Matia was presented the award during a luncheon on June 16, 2021, that featured Ohio Senator Sherrod Brown as a virtual guest speaker.

“I am honored to have been recognized by the OAJ,” says Judge Matia. “We should always be seeking better methods of increasing access to justice and serving the people who elected us to be Judges.”

Judge Matia joined the Cuyahoga County Common Pleas Court Bench in 1999 and has presided over the Drug Court since its inception in 2008.  Judge Matia also serves on the Boards of the Centers for Families and Children and The Keating Center, and is well known for his use of incentives to improve the lives of those appearing before him. 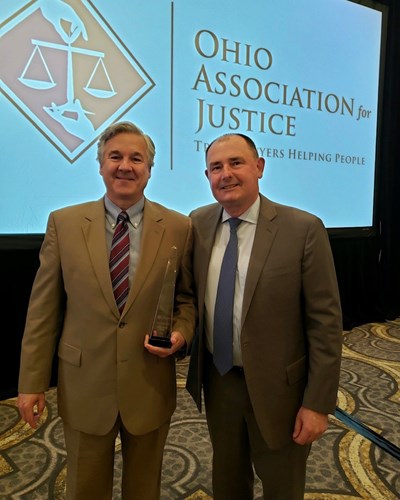