For the first time since the pandemic, the National Association of Presiding Judges and Court Executive Officers (NAPCO) held its annual Leadership Academy and Conference from August 21 to 24.

The gathering in Anaheim, California, was chaired by Judge John J. Russo, who currently serves as the Chairman of NAPCO's Board of Directors.

NAPCO is an independent, nonprofit, education and research organization of chief/presiding judges and court executives in state and local trial courts, and partners with the National Center for State Courts.

More than 310 judges and court administrators attended the conference which featured three days of cutting edge seminars. It was the largest turnout for a NAPCO conference to date. 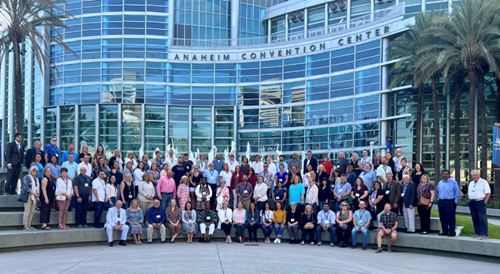