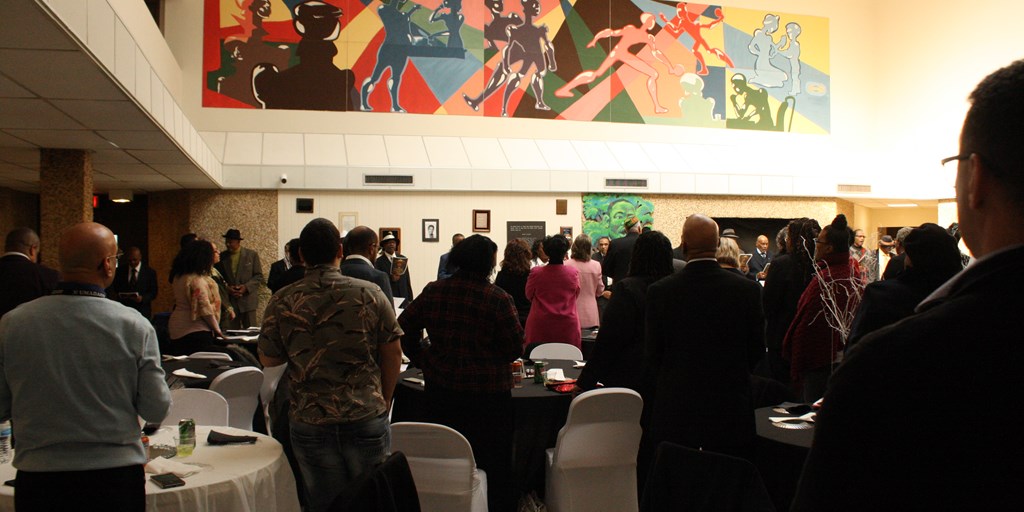 At the Re-Entry Alumni Association’s inaugural Awards Luncheon at the Hough Community Center, Judge Russo was given the group’s “Prestigious Award” for her work in re-entry. For 11 years, Judge Russo has presided over Cuyahoga County’s Re-Entry Court (REEC), which seeks to help eligible incarcerated individuals re-enter society through judicial release before their full sentence has been served. 32 of the Common Pleas Court’s 34 judges take part in the judicial release program.

“It’s hard to get the word out about re-entry because of the stigma attached to being released from prison,” Judge Russo told the crowded room. “There’s a lot of talk about re-entry, but there aren’t a lot of real troops on the ground.”

Judge Russo told those in attendance that Re-Entry Court has saved Ohio more than $12 million over the years, but the true savings has been 538 years in prison. That is how many years behind bars she says people on her docket have had their prison time reduced, or what Judge Russo calls the “human element.”

REEC participation has specific eligibility criteria and the REEC team screens defendants.  REEC currently measures its success at 92%, with only an 8% recidivism rate, based on the most recent measures. Judge Russo considers those who have gone through the program to be ambassadors for REEC.

“This is not just me,” Judge Russo says. “It takes the docket’s entire team and full participation to make it work. And we need to better educate our elected officials and public about the benefits of re-entry.”

Founded in 1996, The Circle for Re-Entry Ohio provides relapse prevention and re-socialization services for African American men and women who have been released from the state’s prisons. Nearly two dozen of the program’s alumni were on hand for the luncheon.