Judge Brendan J. Sheehan was inducted into the Cleveland-Marshall College of Law Hall of Fame during a ceremony on Friday, October 15, 2021.

Judge Sheehan (’93) is the Common Pleas Court’s Administrative and Presiding Judge, and has served on the Bench since 2008. He was presented his award by Lee Fisher, the Dean of the Cleveland-Marshall College of Law. A virtual ceremony will be streamed on November 5.

The C|M|LAW Hall of Fame was established in 2017 to honor the outstanding contributions to the success and prestige of our law school by distinguished alumni, faculty, staff, friends and community leaders.

“I am humbled and honored to join this distinguished roster of Cleveland-Marshall College of Law graduates,” says Judge Sheehan. “C|M|LAW not only prepared me for a career as an attorney, but also introduced me to friends and mentors that I rely on to this day.”

Prior to assuming the bench, Judge Sheehan practiced as a civil and criminal litigator for 14 years. As a prosecutor in the Major Trial Division of the Cuyahoga County Prosecutor’s Office, he served as the Chairman of the Ohio Internet Crimes Against Children Taskforce and the Chairman of the Legal Committee for the National Internet Crimes Against Children Taskforce. He instructed law enforcement officials across the country on investigation and prosecution of internet crimes.

Judge Sheehan is an active member of the Cleveland-Marshall Law Alumni Association. 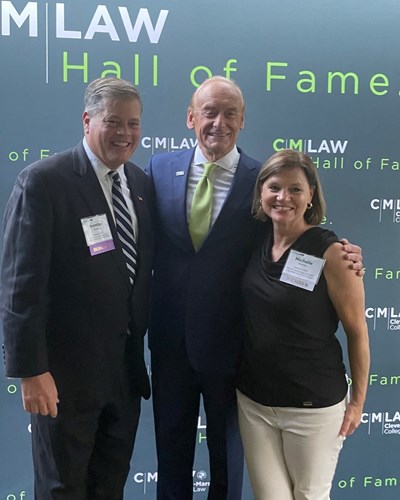