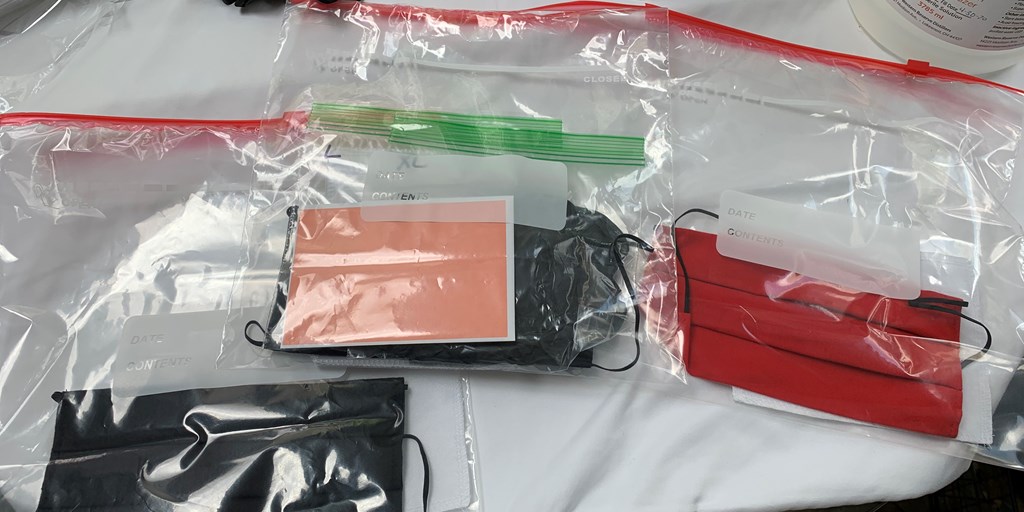 Cleveland:  In honor of Armed Forces Week, the Cuyahoga County Common Pleas Veterans Treatment Court (VTC) is reaching out to its clients with a special “thank you.”

The VTC team has collected supplies and is delivering care packages to people who are currently on the docket. Due to the COVID-19 pandemic, in-person hearings have been suspended and instead are being conducted by video conference. The VTC team meets remotely on Tuesdays, and VTC Judge John J. Russo connects with the clients personally on Thursdays and Fridays.

The care package for VTC participants includes a “thinking of you” note from the team, tips for remaining healthy, a spray bottle of hand sanitizer from Western Reserve Distillery in Lakewood, facemasks with replaceable filters, and nitrile gloves.  The care packages are being hand delivered or mailed to homes, or taken to treatment facilities that may be serving the veterans.

“This is something we can do to let our veterans know that we are thinking about them and care about them, even if we can’t physically be with them,” says VTC Coordinator Amanda Wozniak.

“They served our country honorably, and it’s an honor for me to have them serve on this team,” says Judge Russo.

Judge Russo also thanked the VTC mentors who continue to reach out to the people on the docket. “The mentors are critical to this program because, as fellow veterans, they can communicate on a level that truly resonates with the clients. They have been in the trenches with them, so to speak,” adds Judge Russo.

The mission driving the Veterans Treatment Court is to successfully rehabilitate veterans by diverting them from the traditional criminal justice system and providing them with tools unique to veterans to assist them in  leading a more productive and law-abiding life. The docket was created by a vote of the Court’s Judges in 2015 when Judge Russo was the Administrative and Presiding Judge. Judge Russo took over the docket from now-retired Judge Michael E. Jackson approximately 18 months ago.

Click here for a video of the beginning of Tuesday’s Veterans Treatment Court team meeting.