VTC Judge John J. Russo personally congratulated each graduate, along with their case manager, and presented him or her with a commemorative challenge coin and certificate.

The mission driving the Veterans Treatment Court is to successfully rehabilitate veterans by diverting them from the traditional criminal justice system and providing them with the unique tools they need to lead a more productive and law-abiding life. They are also provided with a mentor, a fellow veteran who understands their military experiences.

Many veterans have serious readjustment issues when they return home from their service, particularly combat veterans. The most serious of those issues include engaging in high risk conduct, unemployment, post-traumatic stress syndrome, traumatic brain injuries, homelessness, drugs, and crime. Studies have shown that 18% to 30% of veterans need treatment for these issues.  The Veterans Treatment Court addresses these issues. 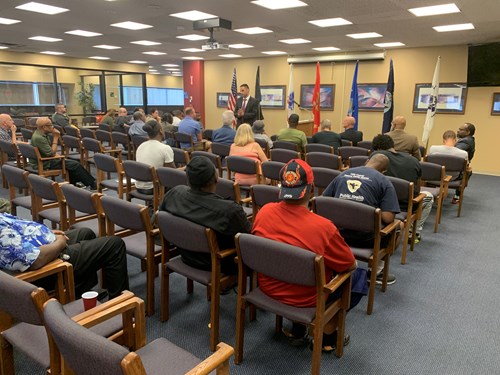 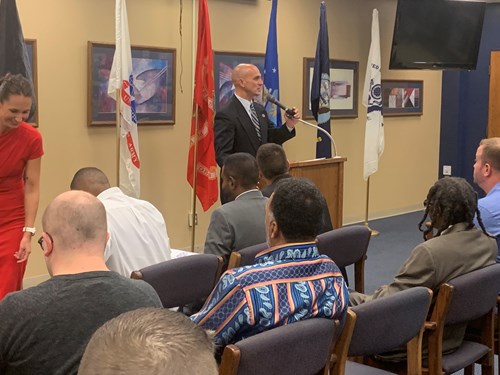